Super hero action, thrills and drama will soar, smash and burst into the Prudential Center starting on March 15, 2018 with the debut of Marvel Universe LIVE! Age of Heroes. The iconic Marvel Super Heroes Spider-Man and The Avengers are joined by the Guardians of the Galaxy, including Star-Lord, Gamora, Groot, Rocket and Drax, in a legendary battle to defend the universe from evil. 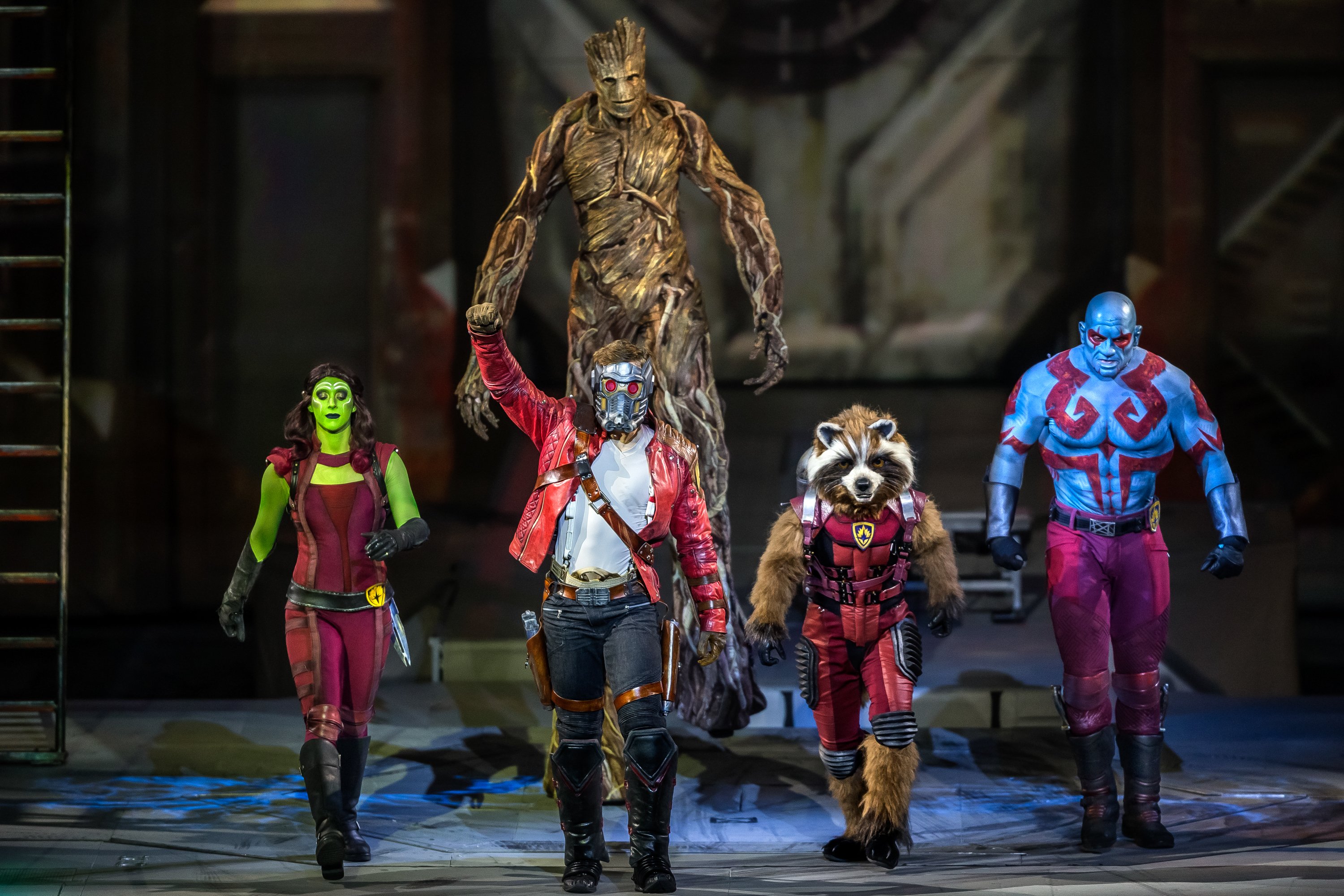 “Our tremendously talented creative team and a nearly super human cast, have created a show that brings the grandeur of Marvel to life,” said Juliette Feld, producer of Marvel Universe LIVE! “Age of Heroes creates an experience that immerses families in non-stop action, creating movie-style thrills and jaw-dropping stunts that showcase the powers of your favorite Super Heroes right before your eyes.” 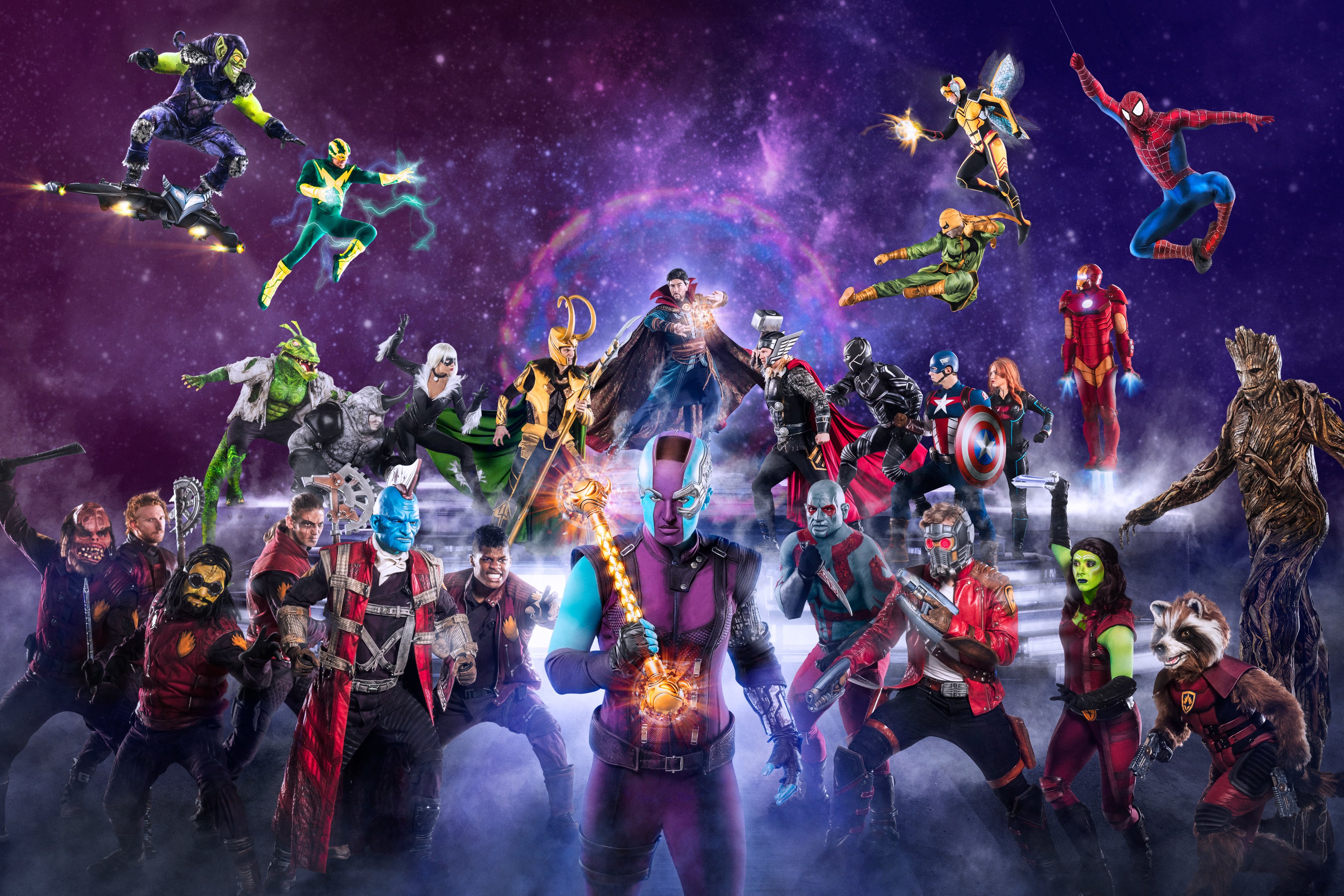 Called on by Doctor Strange, the Guardians of the Galaxy join Marvel Universe LIVE! Age of Heroes on a momentous crusade against the scheming Nebula who teams up with the conniving and loathsome villains Loki and Green Goblin. The incredible superhuman forces of Iron Man, Thor, Black Panther, Hulk and Black Widow will unite in clashes that pit student against mentor, sister against sister and brother against brother.

Immersive video projection and cutting-edge special effects will captivate and transport audiences across the universe from the fantastical Savage Land to New York City and beyond. Spider-Man and Wasp’s dynamic aerial stunts along with Captain America’s daring motorcycle skills will be on display in the ultimate race against time to save mankind.

“I’m extremely excited to work on Marvel Universe LIVE! Age of Heroes and bring the talents and powers of these amazing characters with such dimensionality to life,” said Marvel’s chief creative officer, Joe Quesada. “Audiences will be on the edge of their seats as they witness the outrageous stunts and fight sequences in truly a unique experience that puts fans at the center of the action.”

Marvel Universe LIVE! Age of Heroes show times at Prudential Center in Newark are March 15 at 7pm, March 16 at 11am and 7pm, March 17 at 11am, 3pm, and 7pm, and March 18 at 12pm and 4pm. Tickets for this latest production from Feld Entertainment are now on sale online and at the Box Office.

One lucky Macaroni Kid reader will experience Marvel Universe LIVE! Age of Heroes when it invades the Prudential Center in Newark! Enter to win a family four pack of tickets to your choice of the following shows: March 15 at 7pm, March 16 at 11am and 7pm, March 17 at 11am, 3pm, and 7pm, and March 18 at 12pm and 4pm.
To enter,  fill out the online entry form HERE.
Must be a Macaroni Kid subscriber to be eligible. Only 1 entry per email address. No purchase necessary. Deadline to enter is midnight, March 11, 2018.  Please only enter if you are available to see the show. Winner will be chosen using random.org and contacted via email March 12, 2018. Good luck!

NO PURCHASE NECESSARY TO ENTER OR WIN. A PURCHASE OF ANY KIND WILL NOT INCREASE YOUR CHANCES OF WINNING. ODDS OF WINNING WILL DEPEND ON THE TOTAL NUMBER OF ENTRIES RECEIVED. VOID WHERE PROHIBITED BY LAW. DO NOT ENTER THIS SWEEPSTAKES IF YOU ARE NOT EIGHTEEN (18) YEARS OF AGE OR OLDER AS OF MARCH 6, 2018 AND A LEGAL RESIDENT OF AND CURRENTLY RESIDING IN ONE OF THE FIFTY (50) UNITED STATES OR THE DISTRICT OF COLUMBIA. Click HERE for complete rules.

Marvel Universe Live Arrives in NJ With A Bang! Wham! and Smash!

Disclosure: Macaroni Kid Northeast Bergen was provided complementary tickets for the purpose of this giveaway.